1) The Soliya experience was definitely something new to me. At first, I was very excited to get to know new people from various rich cultures as I had not really had a chance to do so before except when I meet exchange students in my classes at university. I am really used to communicating and getting to know foreigners during my gaming time as I have online friends from the US, UK, Sweden, Germany, Italy, Iraq, Belgium, Croatia, and many more. I really enjoy talking to them and spending time with them as I feel like I disconnect from reality for a few hours, and I get the feeling that the borders of the world is down. We get to talk about our lives, debate different topics, and play together. However, this Soliya experience was different. Personally, I did not like that there was not much diversity in my group as most of my group were students from the US, but nevertheless, the communication was very different as this time we could see each other which means that they are not only a sound in my headphones. At least, that should’ve been the case but my collogues did not have their cameras on. My first session was not the most pleasing as I found myself as the only one who was talking the Soliya experience seriously since I was the only one responding to the moderator’s questions and actually participating in the activities. I felt like everyone there was forced to be there and that they were not actually enjoying it. The only good part was when were placed in breakout rooms and told to get to know each other. I felt like I connected with a colleague of mine named An’iyah who was a US Citizen, originally from Arizona, studying Biology in Tennessee. I only felt like the one on ones were useful in that case as I actually got to know more about my colleagues and actually engage with them as they were not very engaging in the session itself.

2) I already knew that I was much more outgoing in a digital environment with foreigners than in real life. I do not know why but I have always been that way. Maybe it is because my mind is not used to this in my everyday life and that I am used to speaking to them on the internet. I am more of a sharer of content and ideas with them as I feel like I can communicate freely and share my thoughts with some people with a different mindset than what I am used to. It helps me keep an open mind and actually listen to their responses and honestly, I feel like in the digital world I can debate better as people are more willing to listen and read on the internet instead of real life.

3) Personally, I am someone who very much respects criticism as long as it is constructive criticism because I really take it as an opportunity to work on and improve myself in every aspect. Some of the challenges that we faced in my group is that there were very few people who had their cameras on, two members in my group had trouble talking and understanding English which showed me how much the English language is needed to ease communication between individuals of different backgrounds. I was able to understand them because I was Arab like them; however, since most of my group were Americans, they had trouble communicating with them. To be fair, there were two or three activities that I enjoyed. One in particular was using adjectives to describe ourselves and eliminating them to see the main adjective we see ourselves as. Another activity that I enjoyed and actually found useful was how I was asked to introduce a colleague of mine at a friends dinner table after spending some time getting to know it each other in a breakout room. Overall, it was a fair experience, I am happy that I did it, but personally, I wouldn’t do it again. 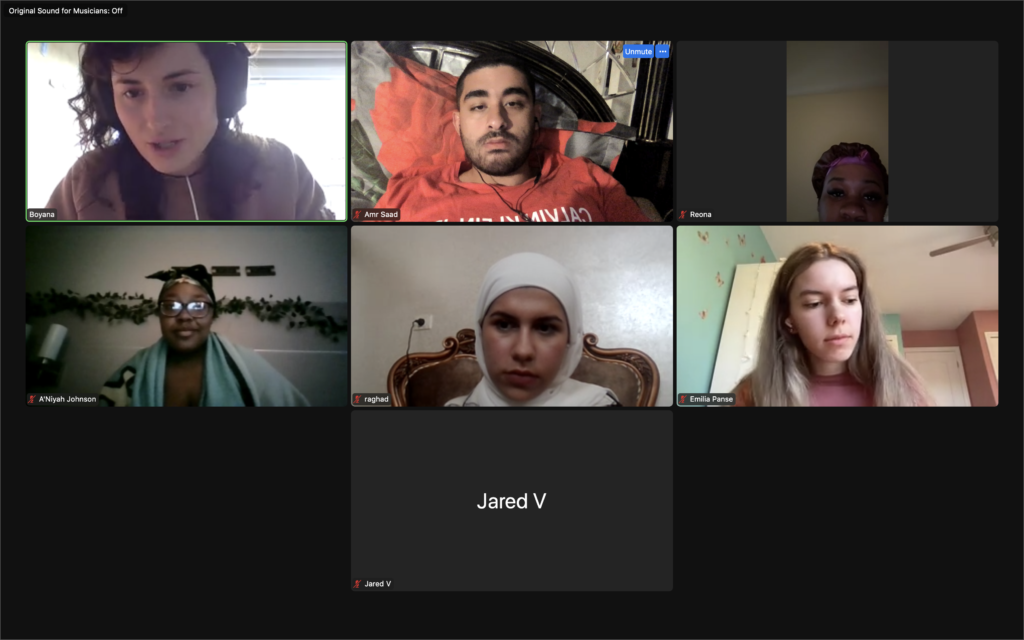 This work by Amr Mohamed Saad is licensed under a Creative Commons CC-BY Attribution 4.0 International License.