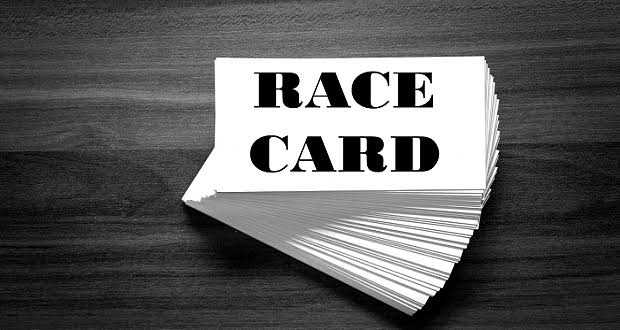 What I Hear When you Say Race Card

1. Why did you choose that particular video, and what did you think of the topic before playing the video?

I chose this video in particular because race is a controversial. Given that there is something such as “Race Card” grabbed my attention big-time. The title made me wonder what would the race card do to individuals who need it, and what are the advantages they might have by owning this card, if any.

2. What did you learn from watching the video that was new to you, and what confirmed what you already knew?

I learned that the race card is way beyond advantages with a card, and even way beyond just a card. I have realized that this card is a sort of indirect and subtle discrimination mainly by throwing shade on different race groups. Still this card manages to offend groups and individuals even if it offers advantages, it still sheds light and bolds the fact that they are different; this is still a form of discrimination

3. How did you feel after watching the video?

After watching the video I felt extremely sad for those groups and individuals with different races. It made me wonder deeply, why would someone discriminate or make fun of someone with quite different traits, although these traits as god made; as well as everything else. Racists discriminate a natural trait existing by god, neglecting that god could’ve made them experience the same traits. People should be thankful for their traits and their surroundings, because physical features shouldn’t be penalized or rewarded whatsoever, instead the inner soul and pure heart should be.

4. What will you do differently going forward based on what you learned from the video?

I realized that not only should I not make fun or discriminate against others with different traits, but I shouldn’t also be too nice or rewarding to those with different race groups, because indirectly that send them a signal of empathy as if they abnormal, which is not true. Instead, they should be treated normally and neutrally, until their soul and actions speak; either with good or evil, thats when they should be penalized or rewarded.

This work by @AmmarHeider is licensed under a Creative Commons CC-BY Attribution 4.0 International License.