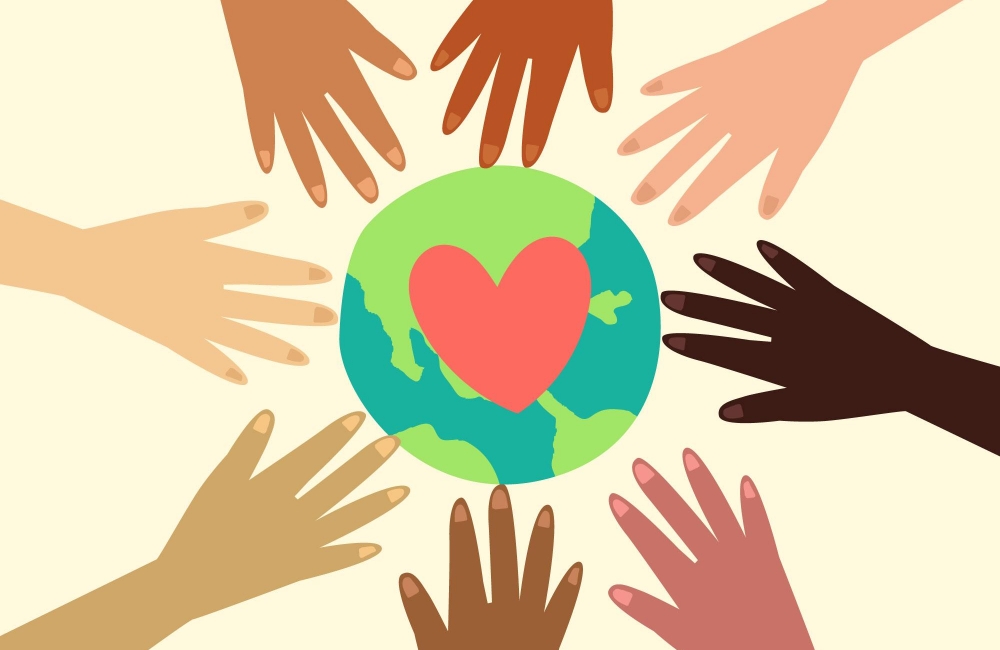 Throughout this course, I have been constantly learning new things and contributing to topics I have always been interested in. I’ve learned new things about myself, and have been able to identify certain biases which I exhibit unconsciously. All in all, it’s an amazing experience which I will always remember and take with me into the future.

Intellectually, I have grown significantly. The “How languages shape the way we think” video was one of the most interesting works as it opened my eyes to the fact that, indeed, we are all effected by our languages, cultures, families, and environment. It helped me reflect and identify areas in my own life which are affected by my language and culture, and I was truly astonished. With this knowledge, I felt very privileged and at an advantage for being able to see such aspects in my life, identify them, analyze and reflect upon them.

The other work that was of much interest to me was the one concerned with othering and belonging. Before it, I hadn’t known what othering was, and after it, it gave me a chance to realize the value of each and every form of discrimination separately. I was able to intellectually criticize the topic, and argue that classifying all the forms of discrimination under one single term was just belittling them, and failing to do them justice. To assume that every victim of discrimination is one is just not right, because regardless of the situation, each person holds their own biases, and even a victim of discrimination can hold bias against another victim of another type of discrimination.

The implicit association tests and the video about unconscious bias were other works I truly enjoyed. After playing the games, specifically the ones regarding thin vs. fat and female vs. male roles, I hadn’t known that I held any bias in these specific areas. I was shocked and kind of angry at myself because I had held strong beliefs which completely defied the results which were at the end of both games. These games motivated me to reflect about why such results would have been the case, and I concluded that it could be the effects of my culture, religion, the way I was brought up, and my overall environment. Regardless of the results, I still think myself very much a feminist, and I try as much as I can to rid myself of the biases I exhibit against people on the thicker side of body types.

The 6 digital narrative games we played were an experience filled with rich knowledge and lots to learn. The six games I played were spent, Syrian refugee, sleep-deprived mom, September 7th, 2020, responsible partying, and fake it to make it. All these games taught me to appreciate other people’s struggles, and to avoid making assumptions about people, because everyone is going through something, and it’s not often that these things are obvious or seen by the naked eye. It also allowed me to experience a little of the many struggles that exist in the world, by envisioning myself in the shoes of others whom are victims of tragedy and unfortunate life events. I was able to feel at peace with where I stand in life, and achieve internal satisfaction; feeling grateful, with the many opportunities and privileges I have.

I have no questions about the topics we have learned and addressed, but they do come with the occurrence of experiences which stimulate critical thinking and curiosity. With my Soliya experience, I hope that I can apply everything I’ve learned by first, understanding people by being sincere and showing genuine interest in leaning about the differences between us. To avoiding making assumptions about others and allowing myself to listen more with an open mind and no biases. Finally, to be positive and ask smart questions which aim to understand others rather than force unconscious or pre-assumed/learned knowledge onto them. Overall, I hope to get a primary view of the topics we have learned by interacting firsthand with people of different backgrounds and engaging in conversations regarding specific topics we have been learning about.

I have learned that I am a relatively malleable person in the sense that I am able to adapt to new ideas and people of different backgrounds. I am open minded and fairly flexible with my thoughts and thinking process. Even though, the implicit association tests delivered results claiming that I hold bias against females, by associating them more with the home and men with career, I still believe myself a strong feminist who supports equality and female empowerment. Though, through contrary results regarding bias against fat people, I was able to prove that indeed I was affected by my own struggle with obesity, and realize that I do indeed prefer skinny or thin body types, but not because I have anything against thicker individuals, rather due to my internal struggle with the idea.

There are many questions I have that I would like to ask those I have and still interact with to be able to see myself from others perspective, and some of them include: have I ever exhibited bias in our conversations? Do I seem like a weak-minded person? Do you think I am open-minded and able to accept new ideas, or do I seem conservative in some areas? And, did you ever feel like you wanted to educate me about a specific topic, which I had certain thoughts about, you disagreed with?

I expect that my identity will affect my Soliya experience positively, because I am open to criticism, I am empathetic with others, curious, fairly open to new ideas, and enjoy engaging in conversations to expand the horizons of my knowledge. I believe I will interact well with others of different backgrounds, and will leave this experience having learned more than what I initially started with. I would like to use the experience to learn new ways of interacting with others unlike myself, and would like to use this knowledge moving forward when I travel the world and am faced with unfamiliar environments from my own.

In terms of interactions with other people, I have learned that it’s good to listen more than you talk. It’s not smart to force assumptions, even if they hold some extent of truth to them. Asking unbiased, carefully thought about, questions is very necessary to avoid bad impressions and maintain conversations which lead to successful interactions with others.

Some questions I still have about ways to become a better global citizen include: what can I do to show respect to your culture and environment? What is considered offensive? What are ways to show gratitude? How is your language different than mine, and how does that affect us differently? And, what are some stereotypes about your culture, nationality, or environment that you believe are true, or incorrect, and why?

Through my Soliya experience I’d like to ask such questions to break down the barriers between myself and others. Through such an experience, I hope that one day I’d be able to increase my interactions with others of different backgrounds and eliminate anything I might be doing incorrectly or to elicit false impressions or ideas from others.