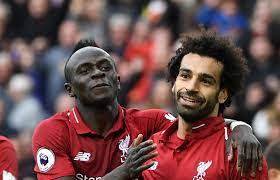 “How is” African “north African? ” reflection

The most important thing I learned from the article “How is” African “north African?” is that Africans are united not by race, ethnicity, or geographical boundaries, but by history, shared values, and a common destiny. Also, as an Egyptian, I never called myself an “African,” always a “Middle Eastern,” “Arab,” or “Mediterranean.”But now I understand that the reason is how we grew up and learned that ” Africans” are basically black people that live with us on the same continent. The issue was always with education, which taught us only that we were on the same continent, not about unity or what the Organisation of African Unity, later known as the AU, was. And it was never mentioned Gamal Abdel Nasser’s efforts in our history books.

What I learned through the reading has inspired me to engage with the topic with my family and friends. To teach them more about the unity of Africa and how we are all the same, not just that we have different races or religions. as well as teach the upcoming generations that Egyptians, Moroccans, etc. are Africans and not just the time they are playing football together.

I would like to conclude my reflection by asking why the education system did not include such an important concept of Pan-Africanism within its context.

Resuse License:
This work by Jana Eldriny is ©2022 All Rights Reserved