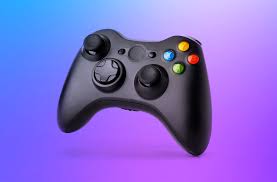 Part 2:
Mental health problems negatively impact a person’s wellbeing and it may
lead to severe psychological issues such as: depression, PTSD, and suicide. Keeping
a balanced and stable mental condition proves to be advantageous in facing
difficulties in our lives and it enables us to have a stronger connection with others. If
a person has a poor mental health they won’t be able to communicate with others as
they will struggle to face their fears and it may result to huge issues such as:
depression, anxiety attacks and stressing over minor things. The symptoms of
having a poor mental health are: sleep deprivation, under eating, over eating, having
too much arguments with other people, stressing too much and unable to perform.
From our own experiences, poor mental health has led to underperforming in
academic work and a huge amount workload may also lead to stress. We chose to
talk about this topic as we found out that some AUC students suffer from mental
health issues and they were unable to perform well in their courses due to having
severe symptoms of depression. Furthermore, our main goal is to raise awareness
about mental health issues and help others to maintain a healthy mental state by
providing some techniques on stress relieving. After researching, we found out that
meditation is one of the most effective techniques of a stress reliever as it helps an
individual to relax and find inner peace. Moreover, talking to a friend is a reliable

technique as it helps you find other solutions to deal with your anxiety and also it
enables a person to express their emotions. There are other techniques to reduce
your stress such as: physical exercising and listening to music. People have different
ways to reduce their own stress. However, some people may reduce their stress in a
negative way. For instance, an individual may overeat or smoke, as they believe that
this is an effective way to relief their stress. In conclusion, poor mental health may
lead to major issues on a person’s wellbeing and they should find ways to diminish
their own stress by using one of the techniques of a stress relief.

a student in Auc that suffers from anxiety and you spent all night studying for a final exam . Unfortunately, the student got in an accident on his way to class.

Option 1 : The student goes to class but arrives late

Consequence : His anxiety will increase due to the lack of time for the exam and will not do well

Option 2 : The student will email the professor about the accident and try to postpone the exam.

Consequence : The exam will be extremely difficult due to having more time studying for the exam.

Ahmed is an introvert who suffers from depression and he is dating Mariam who is an extrovert. Lately he has been feeling down and he is unable to communicate his feelings to her. As a result, Mariam is hesitant about what she should do about his situation.

Option 1 : Mariam decides to break up with him and gives Ahmed a valid reason why she is leaving him due to miscommunication between them.

Consequence  : The break up leads to a huge negative impact on Ahmed’s mental health and his depression symptoms became worse.

Option 2:  mariam decides to have a conversation with ahmed and try to help him to get out of his depression.

Consequence:  mariam tries really hard to get ahmed out of his depression. As result, mariam feels drained mentally from their relationship as she believes she’s putting more effort than Ahmed in the relationship .

A manager has an employee who suffers from bipolar disorder. The employee is unable to work consistently due to his cycles of mania and depression.

The manager fires the employee due to lack of productivity.

The employee has a hard time finding a new job due to his condition, and he won’t be financially stable.

The manager will reach a common ground with the employee and find other ways to make the employee beneficial for the company.

Even Though, the manager reached a common ground with the employee. However, the employee is having manic episodes at work and he is distracting his co-workers.

Kris notices that her daughter Emily is not eating at home and has lost a massive amount of weight. Kris got called by the school clinic saying that Emily had fainted during class. The school nurse states that Emily is very fragile and based on the symptoms she might be suffering from anorexia nervosa .

Kris confronts Emily about her eating disorder and forces her to eat.

As a result Emily started vomiting all the food she is forced to eat and developed another form of eating disorder which is bulimia.

Kris takes emily to a nutritionist

Emily now has a healthy nutritious dietary  plan that she is following. However, she has a distorted body image issue that needs to be treated mentally.

Brian is a new nurse who suffers from OCD. While he was getting ready for his new job in the morning, he ironed his scrubs , got dressed and left for work. Brain is having compulsive obsessive thoughts about whether he unplugged the iron or not.

Brian leaves work to check on the iron

He gets fired because it was his first day.

His compulsive thoughts are distracting him from doing his job properly and his patients starts complaining .

This work by @farahnashaat @adhamsakijha @alyfahmy is licensed under a Creative Commons CC-BY Attribution 4.0 International License.