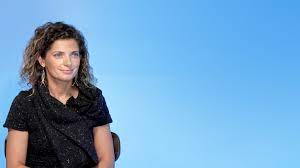 How language shapes the way we think

To have a second language is to have another soul; that is what Lera Boroditsky said. How language can shape your soul and how a certain group of people can know something other groups still get lost using it like pormpuraaw people. who speak by north, west and east, those people speak by direction so they would be thinking in different directions from others that use only left or right in their language. One thing that I learned is how languages can be shaped as (Big, deep, early, broad, and weighty) I never thought that deep in languages, although it completely makes sense.

I was also surprised by the fact that some languages don’t have numbers like “8” or “7” in fact, these people can’t count. That left me wondering so, who do they measure things or know the quantity of something? on the other hand, language as Russians can have this life experience colors more in advance compared to English, as she mentioned the blue color, Russians have the ability to express the color blue or other in more depth or, in other words, in a more specific way.

Another thing that grabbed my attention was when she was talking about the bridge in different languages in German, it would be described as feminine, but in Spain, it would be shown as a masculine word. I found that so relatable as in Arabic, lots of words that could be used as feminine words would be the opposite in other languages. I was told that by many teachers that learned many languages.

when she was talking about the language guide you about events. I did not understand how two people see the same video of an accident and still have different answers I guess it might be a personal thing and how he or she sees the world. How could a language involve?

This work by Habiba Hussien is licensed under a Creative Commons CC-BY Attribution 4.0 International License.